Here Alchemie proposed a series of bold and simple strategies which transformed a traditional, compartmentalized and inward-oriented early-20th-century house into a contemporary home which is connected seamlessly to its new gardens. The first move was to remove the rockery slope concealing the basement, exposing it to southern light and city views. This permitted the installation of a cantilevered balcony from the former living room, and expanded glass windows on both floors, with the former basement, now the Garden Room, opening onto a new outdoor terrace at grade.

The construction of a dramatic fin wall and fjord-like water bar allowed us to peel back the western edge of the living room floor, and to insert a two-story window beginning at the water bar and ending at the historic brick arch of a former window. The reflected lambent light of water in this man-made canyon penetrates deep into the house at certain times of the day and night. Even the soaking tub and shower stall in the Master Suite were designed as a part of the exterior water feature Spring Box, erasing the boundary between interior and exterior space. 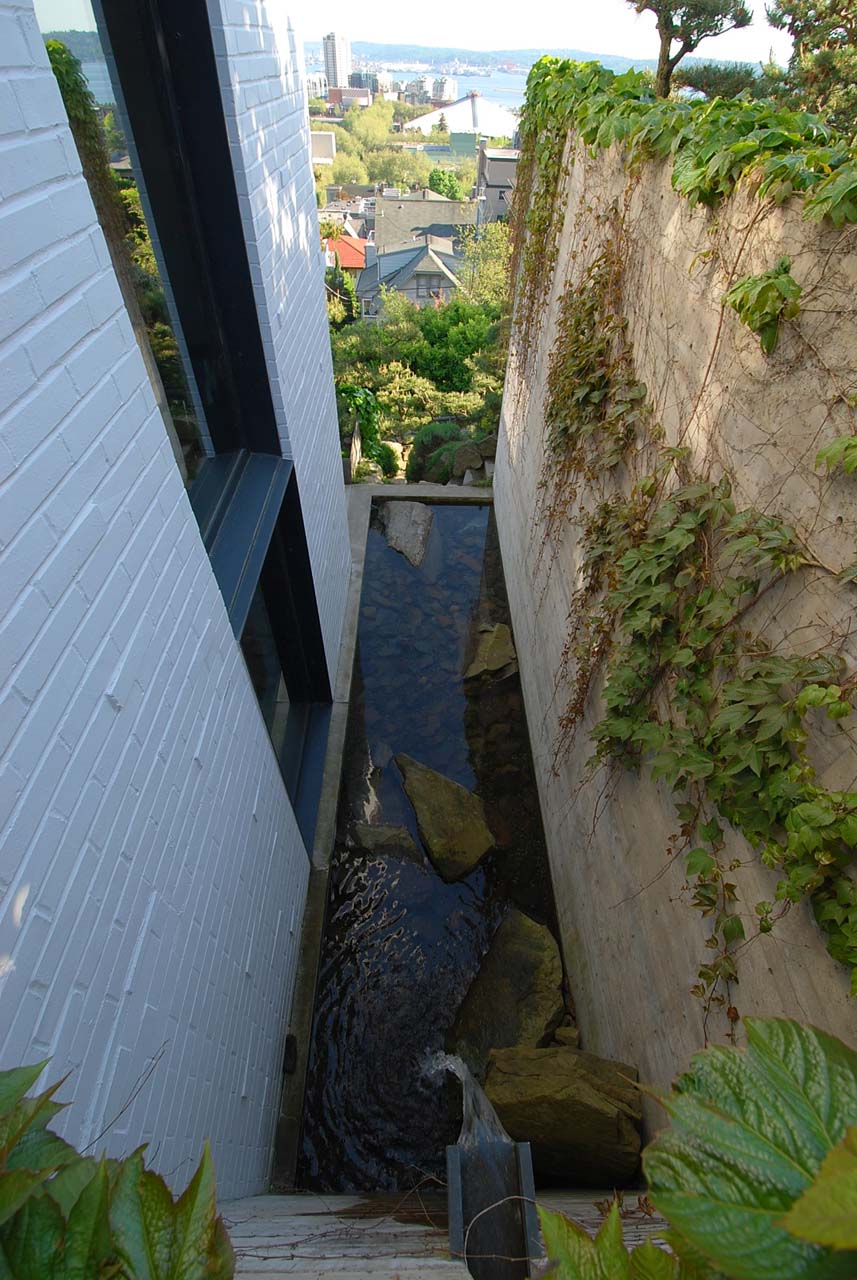 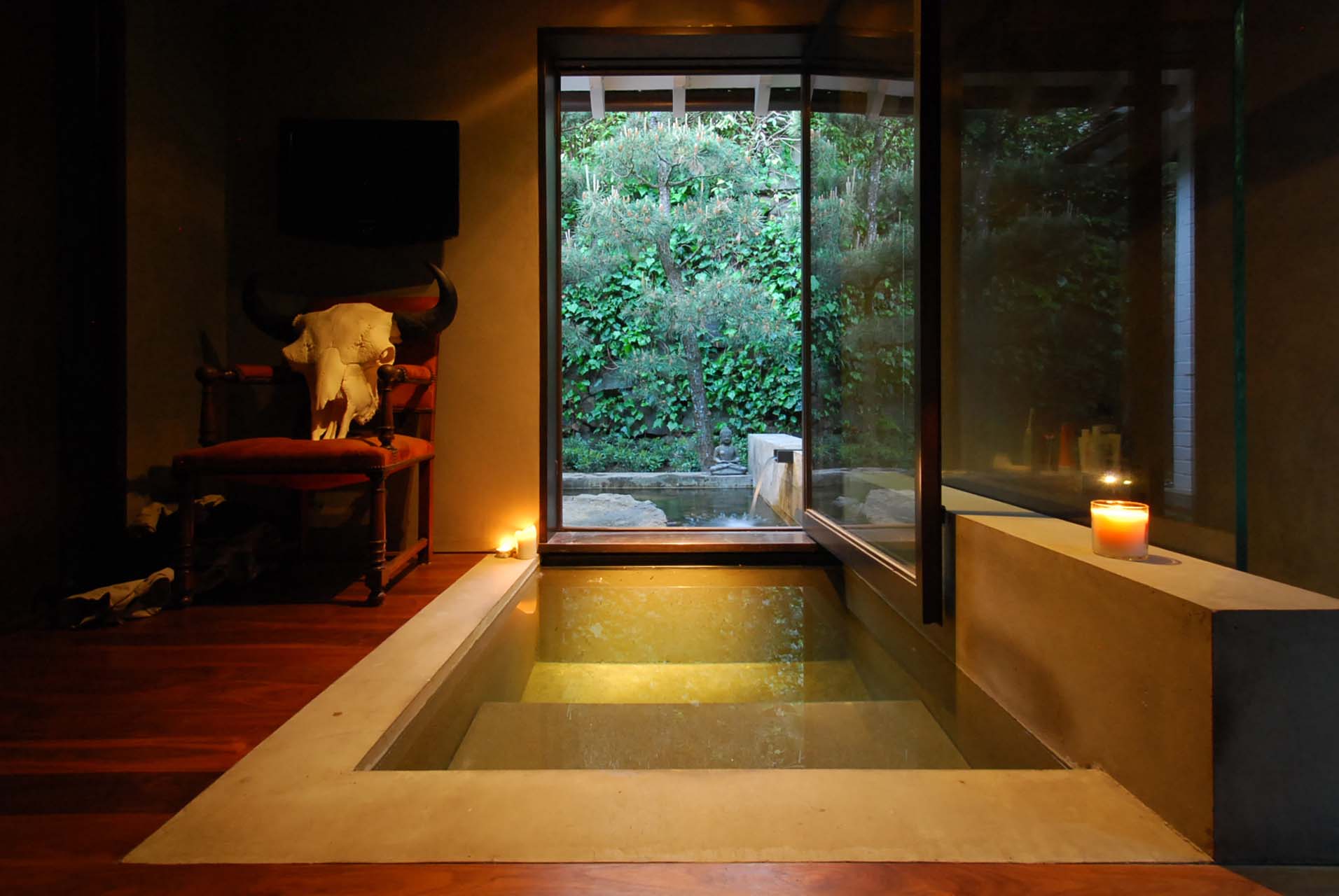 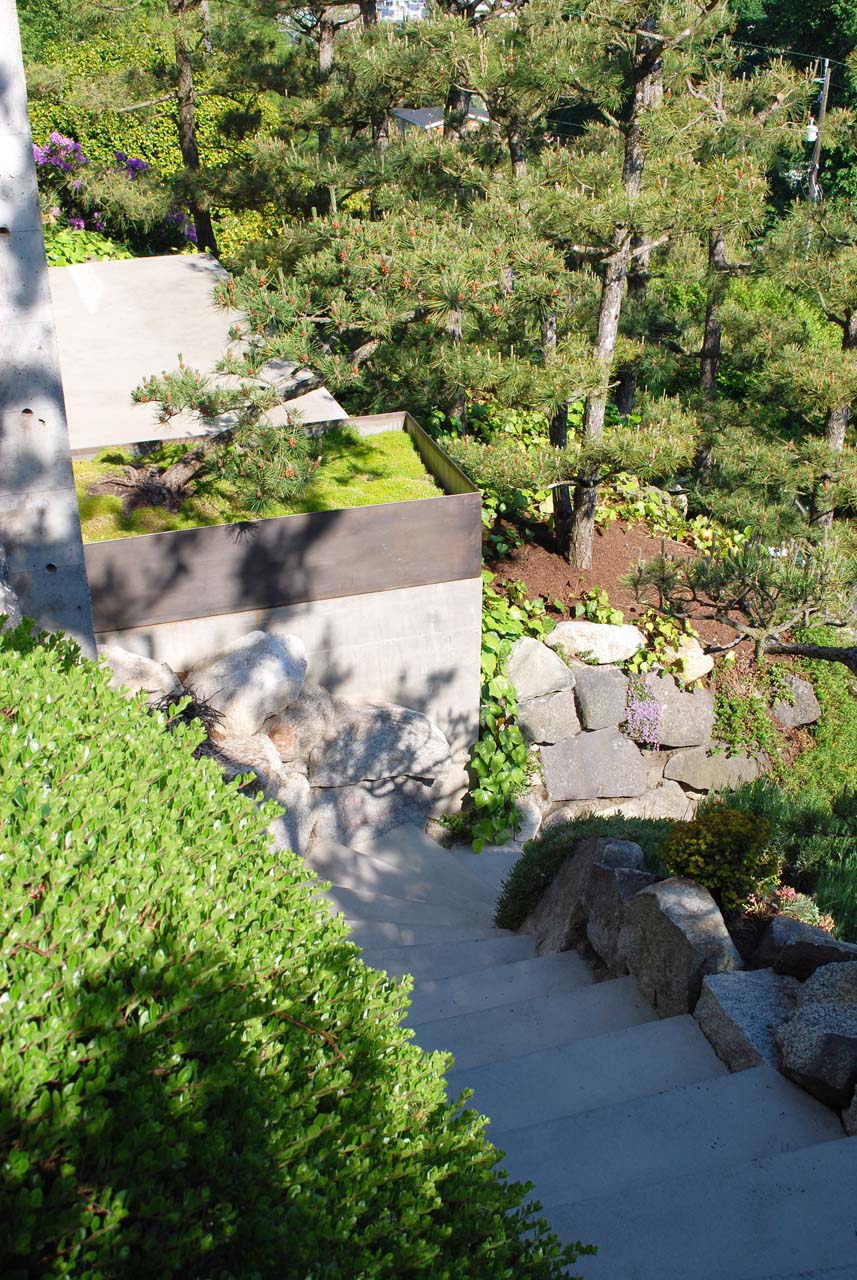 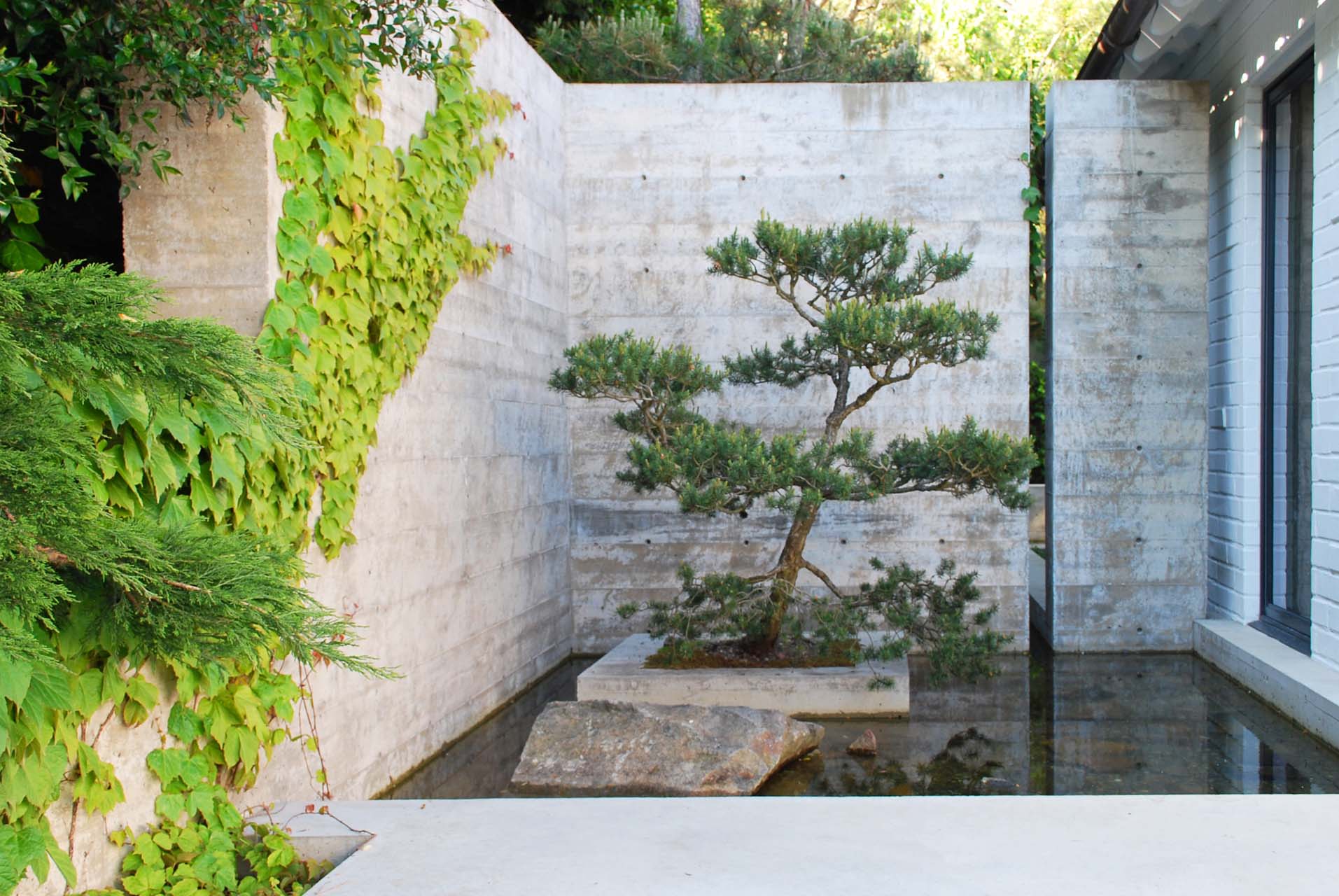 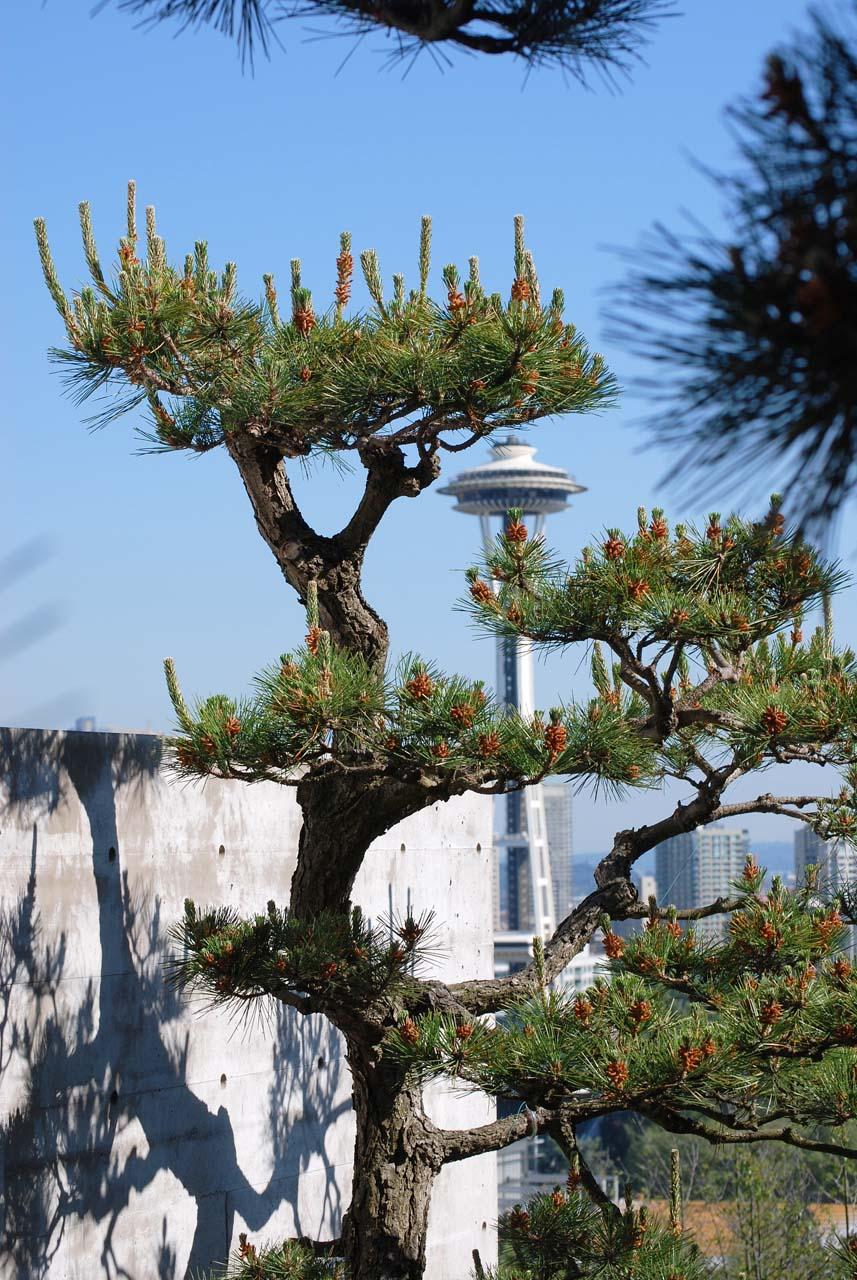 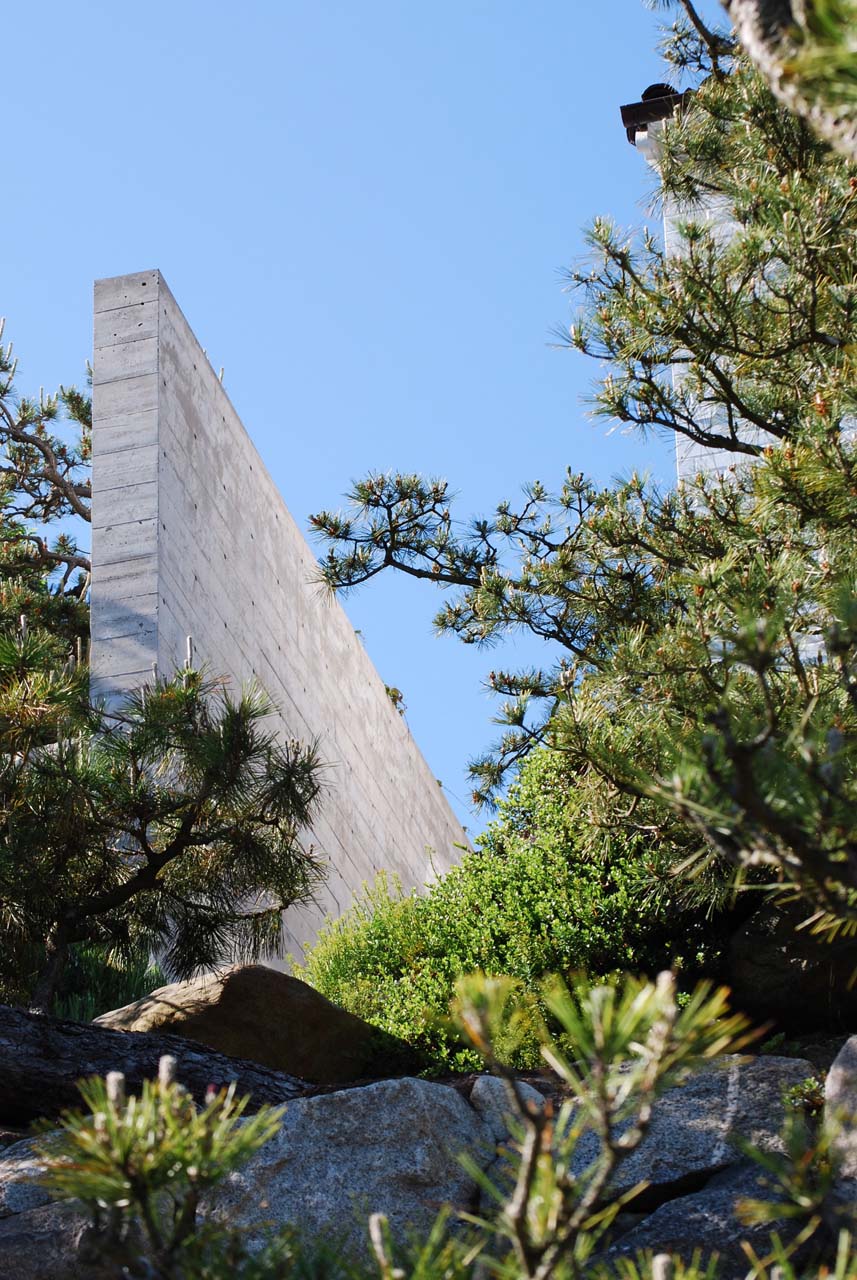 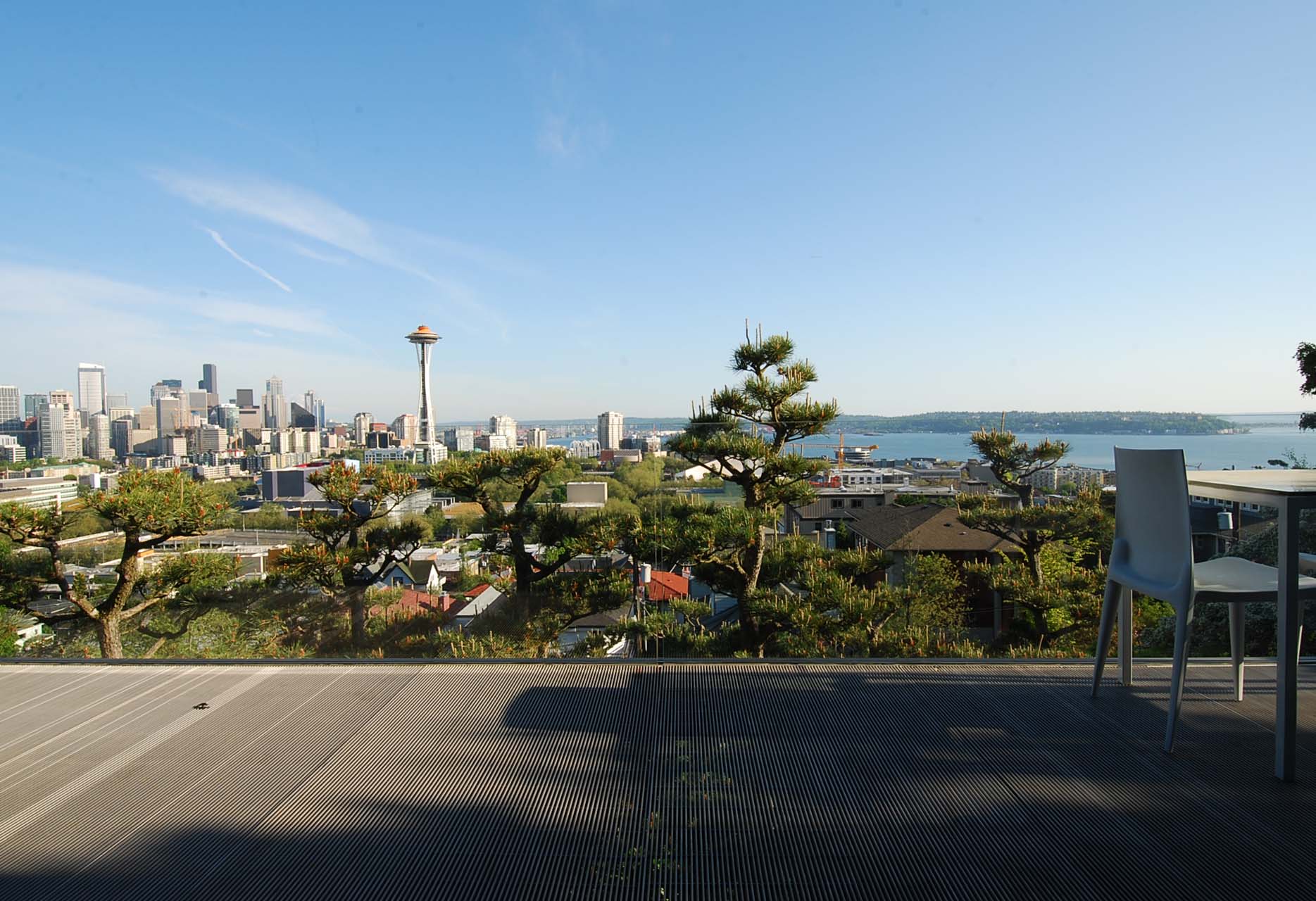 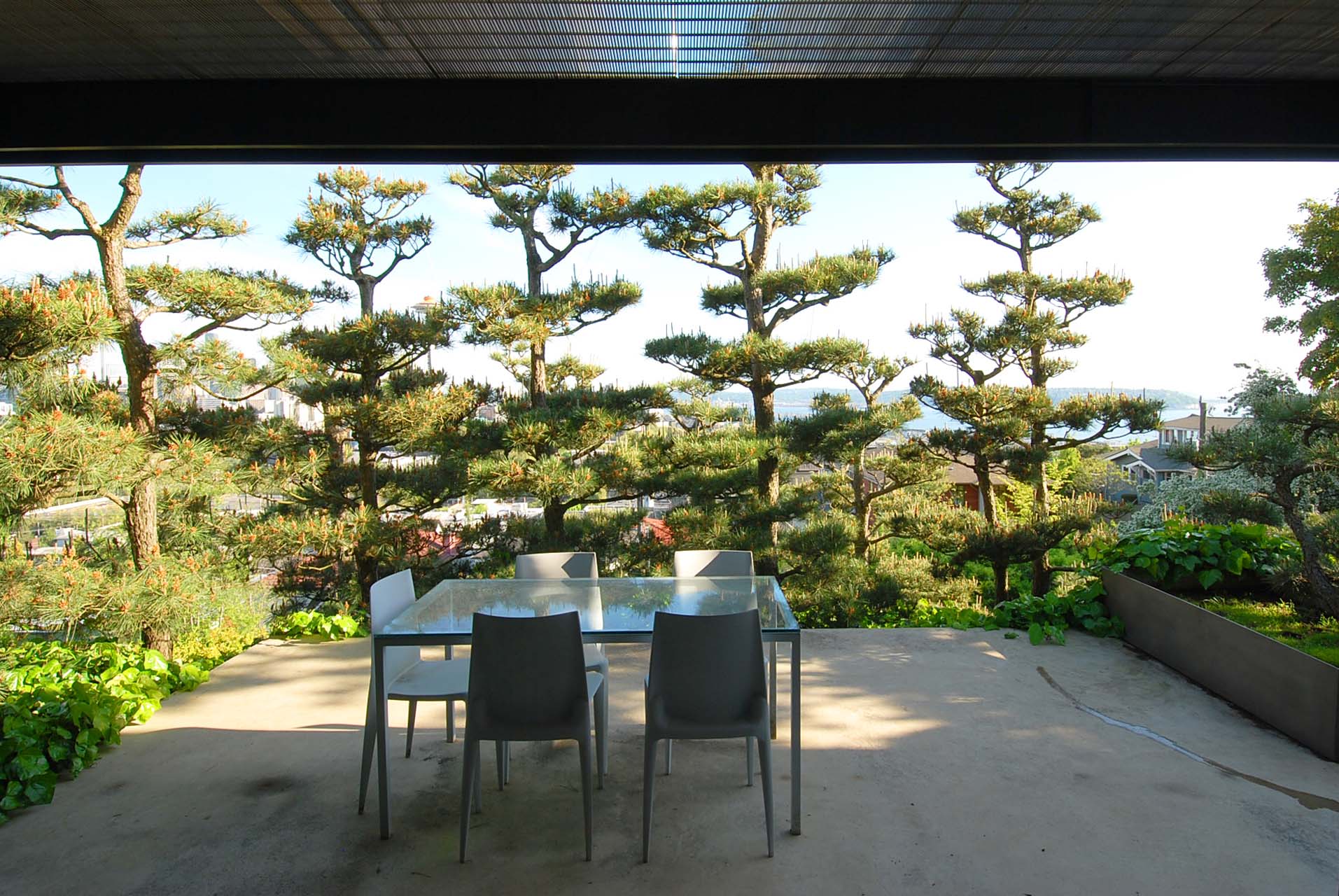 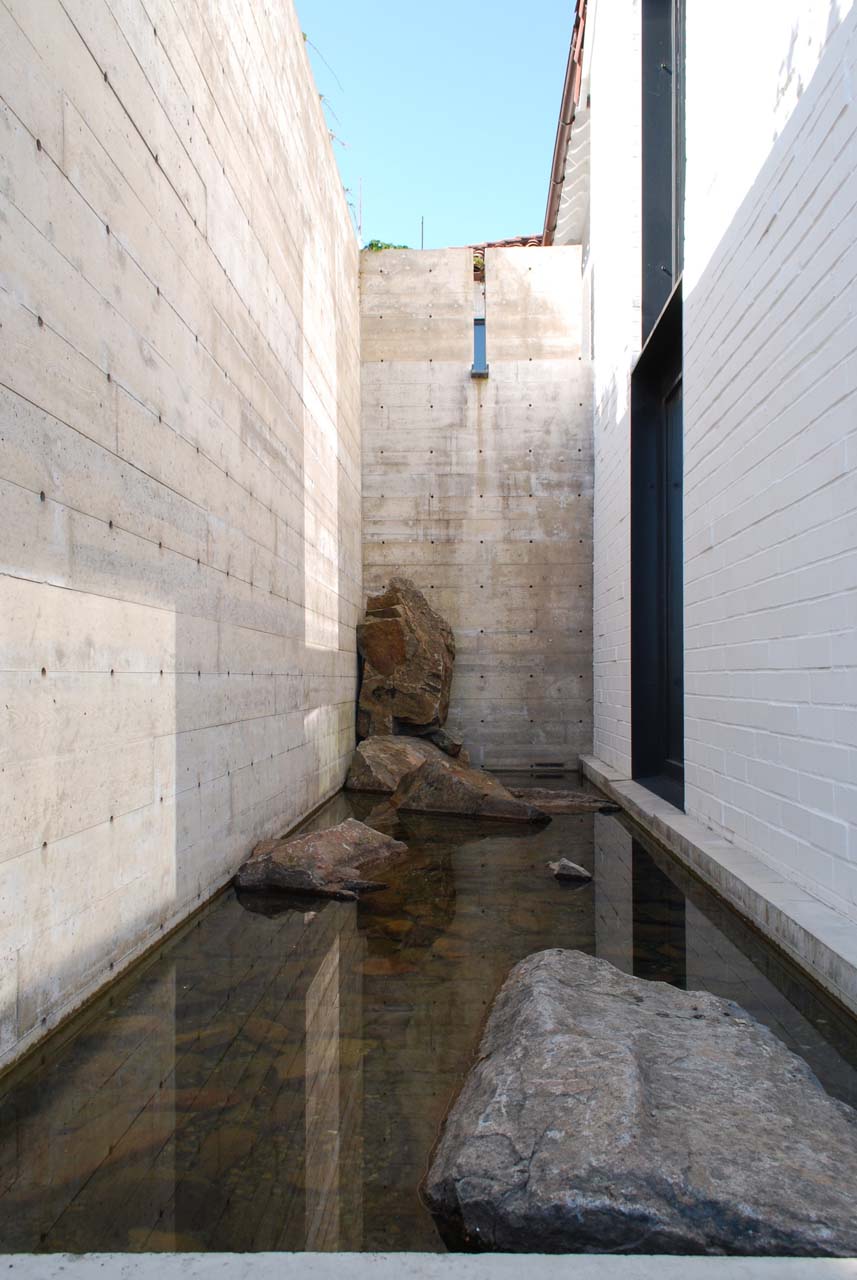